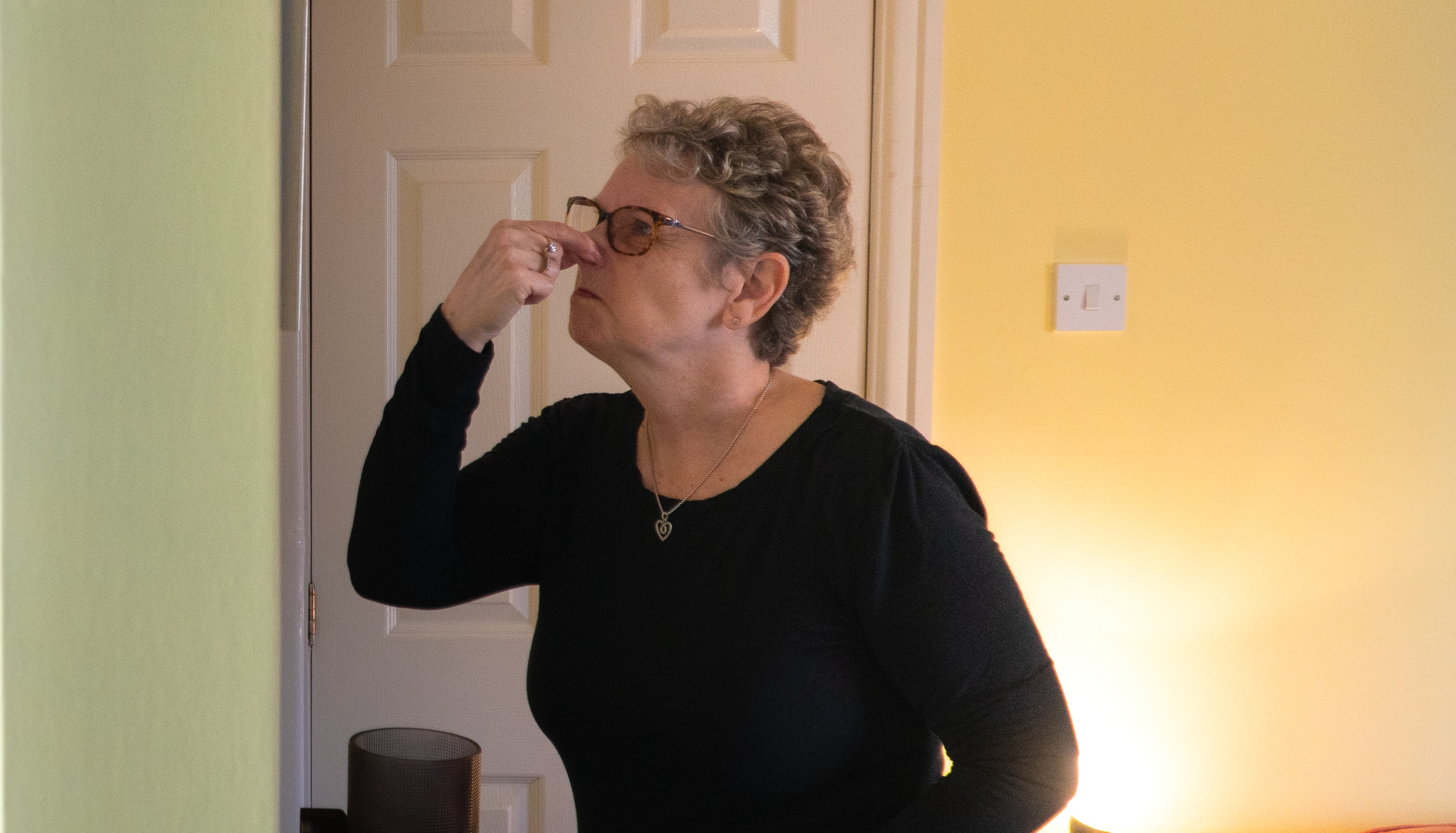 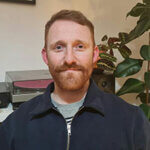 Paul is our go-to-guy for air purifier and dehumidifier reviews. His apartment has become a de facto HouseFresh test lab where he pits the latest clean air technology against the perils of city center life. When he’s not putting a purifier through its paces, Paul likes to endlessly dig through dusty record shops (making his dust-free apartment even more important).

“What the heck is that smell?”

Nothing kills the mood quite like an uninvited odor wafting throughout your home. Whether you’re watching a film, eating dinner, or going to bed, being hit with an unusual smell is bound to distract and displease you. Especially if you can’t quite figure out where it’s coming from.

From stale trash to sewerage or damp to dead animals, there is a multitude of mysterious smells that can infiltrate your home from time to time. To help eradicate smelly situations we’ve explored some of the most common causes and how best to banish them from your home.

While we have come to expect and live with certain smells, other mysterious odors can leave us feeling embarrassed, grossed out, and sometimes even dissuaded from spending time in our homes.

When an unexpected and uninvited odor strikes, the first step is to identify the source of the smell, whether it’s from your belongings or from an external source such as the sewer drains.

How to Handle Musty Smells

If you’ve ever been to the pool and left your wet towel packed away for a day or two, then you’ll be only too familiar with the musty smell that occurs when dampness takes hold. This same smell can often crop up in the home when moisture spawns the growth of mold.

If you’ve recently experienced flood damage or have structural damp in your space, then it may be more obvious where mold patches are growing. For more mysterious sources of damp, check your plumbing and pipes for any leaks then head to moisture hotspots such as your washing machine or dishwasher where mold can thrive, especially in the seals, draws, and filters.

Fabric materials are another troublesome moisture magnet. Whether it’s sweaty clothes left to fester in the laundry basket, curtains absorbing condensation from windows, or carpets mopping up spillages, as fabric absorbs moisture it can provide fertile breeding ground for mold. Check all textiles within the home and ensure they are regularly cleaned and properly dried to prevent dampness, mold, and odor.

Now that you’ve identified the source, you’ll need to take action to prevent it. By shoring up any leaks or flood spots you’ll stop water from entering the space and exacerbating the mold problem. Once the source is sealed, use a dehumidifier to remove any existing moisture from inside the room.

Step 3 – Get rid of any mold and purify the air

When cleaning mold, make sure to wear gloves, goggles, and a mask to protect yourself before scrubbing the affected area clean with bleach and detergent. When dealing with mold, it’s important to remove all traces of the spores as they aren’t just unpleasant to smell but can also pose a danger to your health too. Running an air purifier in the space will capture airborne spores, creating a safer environment as well as helping stop the spread. Be sure to check out our comprehensive guide on how to prevent, tackle and eradicate mold in a safe and efficient manner.

How to Deal With Stale Smells

Perhaps the most common source of mysterious bad odors in the home are consequences of our own oversight. Try as we might to keep the home spick and span, trash cans get forgotten about, food goes off, and dirty dishes pile up. All of which contribute to a stale smell spreading through the home.

Step 1 – Take out the trash

When it comes to stale smells, your trashcan is public enemy number one. As home to all the waste your household produces, it’s no surprise that the trashcan will emit odors now and then. The best way to tackle this is to try and take particularly smelly items such as diapers or food waste to your outdoor trashcan as often as possible.

Remember to clean the vessel itself from time to time, removing any grime that has been collected along with utilizing activated charcoal bags near your bin to capture any odor before it spreads.

Next, be sure to keep on top of your kitchen hygiene. Dirty pots, pans, and dishes are the first port of call when it comes to cleaning the space, but the food is often the biggest culprit when it comes to odor.

Whether it’s fresh groceries that have gone a tad too ripe or last weekend’s takeaway that has been left to linger in the fridge, there is a long list of perishable products waiting to release their odor at any given moment. Keep your fridge and pantry well organized and promptly remove any products once they are past their best.

Another prime suspect for that funky odor might be your garbage disposal. As food scraps pass through, pieces will inevitably become lodged, allowing bacteria to take hold and thrive in the wet, warm pipes. Once this bacteria has spread, it can begin to emit unpleasant smells from your sink that can permeate throughout the home. Regularly maintaining your garbage disposal is essential to keeping these smells at bay. A top tip is to pop a combination of ice cubes, bleach, and lemon wedges into your disposal and run for a few minutes. The ice will help dislodge any trapped waste, while the bleach kills any harmful bacteria and the lemon leaves a fresh odor

How to Get Rid of Sewage Smells

When we think of the sewers, we hope and pray that whatever goes in doesn’t come back to haunt us. However, from time to time, this horror can become a reality.

A key component in keeping your plumbing a one-way system is called the P-Trap. This U-shaped pipe has the job of blocking nasty fumes and pests coming up from the sewer and entering your home. It does this by holding water within the U bend of the pipe, acting as a buffer to block anything from re-entering. Issues can occur when this pipe dries out, or in other words loses its water buffer, either from low usage, hot weather, or an overload of wastewater.

If your P-Trap is dry you can expect sewer gas to make its way back up your pipes, out through your drains, and into the home. A quick fix should be to simply run the taps and flush the toilet a few times to top up the water level.

Once the problem has been rectified, you will want to freshen up the smell in your home. Open the windows, run fans and air purifiers if you have them to increase air circulation throughout the house.

Of course, if the smell is coming from the drainage outside your home, opening the window may only make things worse as fumes escaping from drains and manhole covers will flood in. The best course of action to tackle this unexpected odor is to fire up an air purifier loaded with activated charcoal. As VOCs, such as odors, pass through the filter they are adsorbed to the charcoal filter and neutralized, leaving clean, fresh air to be redistributed.

How to Deal With Death Odors

Few smells are quite as potent as rotting flesh. No, we’re not talking about a body buried in the garden (we hope), but that of a rodent or wild animal that has died somewhere in the home, unbeknownst to you or your family.

As small animals will creep into your space, either on the lookout for food or warmth, they may stumble across some pest poison or become trapped and end up meeting their maker. Naturally, this will occur under the nose of the homeowner, so it can take a while for anyone to take notice.

After a few days, however, as nature takes its course, you’ll soon catch the scent of that unmistakable foul smell. Follow your nose and soon enough, you’ll be sure to find a poor little animal that’s certainly seen better days. This is most likely to be in an unused space or one which is easily accessible to the outdoors such as the basement, garage, or attic. However, animals can sometimes prove trickier to locate if they’ve made their way into the wall cavity or under the floorboards.

Step 2 – Dispose of the dead animal

Once you’ve found the source of the smell, be sure to dispose of it immediately. Dead rodents can carry a host of diseases and bacteria so take necessary precautions and wear gloves and a mask.

If possible use a tool such as a shovel to scoop the animal into a plastic bag before disposing of it in your outdoor trash can.

Next, you’ll want to remove any residue of the dead rodent. Use disinfectant or bleach to sanitize the area and any tools used. Dispose of your protective gloves and mask and wash your hands and clothes thoroughly.

The smell can linger for a day or two so try and ventilate the space by opening a window if possible and utilize an air purifier equipped with an activated charcoal filter to help cleanse the air of any pongy pollutants and airborne bacteria.

While we accept familiar, albeit fleeting, smells in our daily lives, when a new and uninvited odor enters our home it can cause quite the nuisance. Not knowing where it’s originating from or how to remove it can result in your home having an unpleasant and sometimes embarrassing environment.

By identifying the source of the smell, you can then figure out how best to rid it from your home. While maintaining a thorough cleaning schedule is the first step, utilizing odor ousting tools such as an air purifier loaded with an activated carbon filter or a charcoal bag for more targeted use, can capture smells and leave your home smelling much fresher.