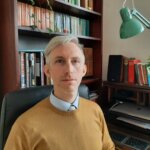 G. John is one of the senior writers at HouseFresh. He works with our research team to uncover insights, spot trends and offer home design inspiration.

You can get a real brain fog trying to decide what college to attend.

There are so many variables to consider. Does your college have inspiring teachers? Impressive grades? A supportive community?

How about the air quality? You want your brain to be at its best when you study. But studies have linked air pollution with poorer cognitive performance, impaired memory, reduced attention span, anxiety, and depression.

“Polluted air can cause everyone to reduce their level of education by one year, which is huge,” according to Professor Xi Chen, author of a study at Yale School of Public Health. Researchers associate high levels of pollution with oxidative stress, neuroinflammation, and neurodegeneration.

There’s nothing like gulping great breaths of leafy air on your way to class in the morning. So, HouseFresh decided to highlight the college campuses with the best air quality. We used IQ Air’s database to find the Air Quality value (AQI) of the areas around every university in the US. We’ve created an interactive tool so you can compare colleges and ‘top 20’ tables revealing the colleges with the cleanest air in every region.

AQI is the United States Environmental Protection Agency’s tool for measuring air quality, giving a score from 1 (low) to 500 (high). An AQI of 50 or lower is ‘good,’ while an AQI value over 300 indicates ‘hazardous air quality.

Adams State University in Alamosa, Colorado, Has the Best Air Quality in America

Adams State University is the only Colorado university out of America’s 100 most breathable colleges – but it’s right in there at number one. With an AQI of just seven points, the area of Alamosa immediately surrounding the college carries barely a trace of pollution – although asthma rates along the San Luis Valley are higher than average due to natural grit and sand, and possibly worsened by climate change.

New York is the most-represented state in the top 20, with five colleges among those with the best air quality in the land. A handful of New York colleges lay just off the table on equal AQI points – we split tied places using the percentage of “good” air quality days in each area.

Hamilton College in Clinton is the best-ranked New York college, with students reporting that they “often sit outside for meals or in Adirondack chairs scattered around campus doing work.”

Alaska and Washington Colleges Have Best Air in America’s West

A Colorado college takes number one place for air quality in the west (and the whole US), but the top 20 is most populated by Alaska and Washington state universities. Despite concerns that cruise ships are polluting the area, the Juneau campus of University of Alaska Southeast is that state’s most breathable college.

Washington’s Columbia Basin College equals Juneau’s AQI score. But Columbia Basin pips Alaska Southeast to second place by virtue of having a fraction of a percent more ‘good’ days. Sadly, the good local air is regularly compromised by the effects of climate change. “I feel like every year during the summer, the air quality becomes bad from wildfire, and the heat makes it worse,” says local fruit-picker Luis Cisneros.

Shawnee State University in Portsmouth, Ohio, takes top spot in the region. Portsmouth is ranked among the cities with the cleanest air in the US. Southern Ohio’s newest public university is well-positioned to breathe in the best of the Ohio and Scioto rivers’ air with minimal effect from the rust belt pollution that troubles the broader area.

The air is nice in Bemidji, “amid the lakes and forests of northern Minnesota.” The next top two universities for good air in the Midwest are both found in this Beltrami County town. Pollution is generally low, but smoke from wildfires leads to occasional alerts to stay inside, particularly for asthma sufferers.

You might expect Texas Tech University to have good air quality. After all, the school has its own Climate Center specializing in air pollution. Some TTU boffins even think they can teach Alaska a thing or two about “differing effects of woodburning and electrical thermal storage heating.” Others have developed their own mobile air pollution monitoring system – that fits on the back of a bicycle.

Lubbock colleges account for the three most breathable in the south of the US. But a special mention goes out to Bethany College in West Virginia, which ties with the Lubbock colleges on an AQI score of 20. However, Bethany achieves a ‘good’ air rating on just 90.98% of the days when measurements are taken, so it is edged out by the Lubbock trinity, where you can expect good air 93.47% of the time.

Hamilton College in Clinton, New York, Is the Northeastern College with the Best Air

New York state colleges take the top 18 spots for clean air in the northeast of the US. SUNY Polytechnic Institute and Utica College in Oneida County both tie with Hamilton with identical figures for AQI and number of “good” air days (95.7%).

Even the relatively urban Brooklyn makes a mark, with seven schools among the region’s top 20 for best air. As a suburban spot bordering the sprawling metropolis, Brooklyn offers the best of both worlds for students who want to party but also, you know, to breathe. “Living in Brooklyn means more space and sky exposure than what you get in Manhattan,” as one real estate agent explains the recent population boom. “You’re also closer to parks. Basically, it offers the things that have become a priority for people since COVID.”

You don’t need to live in China (or watch Spaceballs) to know that “good air” is a political issue. Across your lifetime, you are most at risk of breathing damaging levels of polluted air if you are Black, Hispanic, or from a low-income family. College is an opportunity to change the pattern – which is why the air quality on-campus should be one more factor to consider when choosing where to study.

Use the interactive table below to find out which colleges enjoy the cleanest air, and which ones have the highest percentage of days when the air is deemed unhealthy according to EPA data:

We used uniRank to compile a list of all US Colleges and their counties. Then we pulled annual county air pollution data from the United States Environmental Protection Agency. We ranked counties by their median annual AQI and removed counties without at least 50 days of AQI sensors. Colleges tied with AQI were split by the % of “good” air quality days in that county.

Every Country’s Most Popular Houseplant