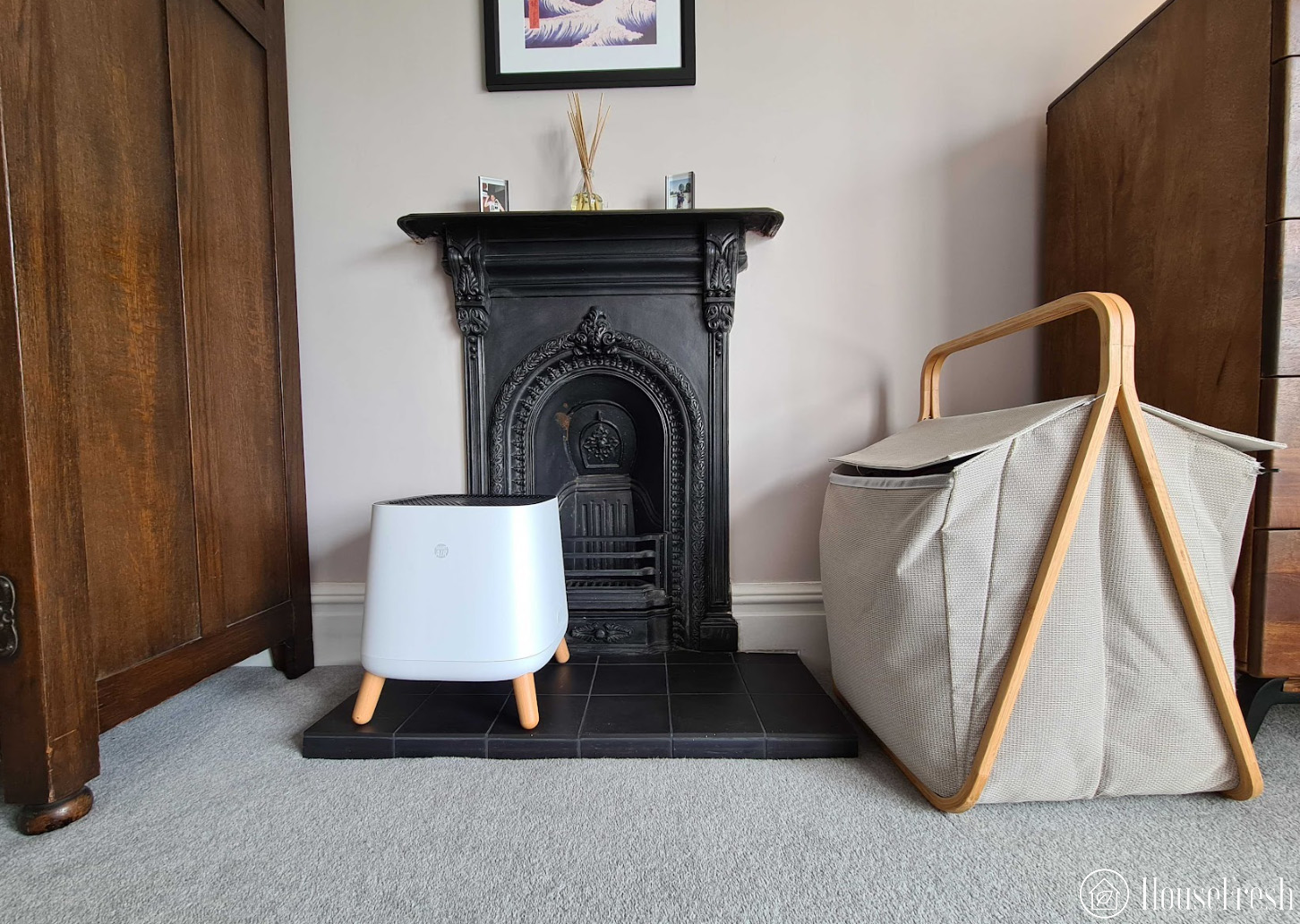 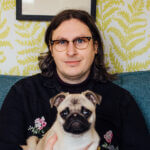 Daniel is our resident house gadget geek. He is our man in the frontline, following consumer trends to help him identify the best up and coming tech to review for HouseFresh. When he’s not tinkering with new gadgets, he composes and records his own music at home.

The guys at Smart Air promise a lot with the Smart Health S, and they really deliver. We believe this is the best budget air purifier currently available in 2022.

It provides significant CADR power per $ and with its efficiency and fairly priced filters, it will save you a ton of money after just a few years of usage.

Starting in 2013, they may not have the marketing polish that you see with Alen, IQAir, or Blueair, but they have what matters when it comes to cleaning the air in your home.

It’s got no smart or auto mode and only 3 power options but it can clean air much more economically than any of its rivals thanks to its use of an H11 filter and efficient fan.

As with every air purifier we test here at HouseFresh, we bought it with our own money to avoid any potential biases that could occur when accepting products to review.

Our ultimate goal is to show you exactly what is good and what is bad about this air purifier so you can choose the right one for your specific needs.

Smart Air, the creators of the Smart Health S, has an interesting backstory. Back in 2013, the founder Thomas was working on his PhD in Beijing.

Affected by the terrible outdoor pollution and shocked by the price of air purifiers, he created his own DIY purifier that could clean the air using just a fan and a filter.

Realizing the potential, Thomas got together with some friends to start his own company which focuses on no-nonsense, affordable air purifiers.

Since then they have developed a number of units that aim to perform well without the high price that most competitive air purifiers come with.

This Smart Health S air purifier is fairly new to the market and was made available to buy in the US in 2020 but has recently become available on Amazon.

TL;DR The Low Down on the Smart Health S

So you’re a skimmer. Who needs to read the whole thing when we’ve made a nice light pros and cons section for you to peruse, right? Right.

What We Think Could Be Better:

👎 No auto function which is common in similarly priced units like the Levoit 400S
👎 No timer function
👎 Have read that they used to have some issues with customer support in the US but that should now be less of an issue as now they sell through Amazon.com

Elegant Design That Adds Style to Your Space

That was the first thing my wife said when I showed her this unit.

She is not normally so positive about the many air purifiers I bring to our home so this was a good sign.

And I have to say, it’s one of the better-looking units on the market as it doesn’t look too industrial. Due to its fairly small size, it doesn’t take up too much space and could easily fit in with a well-designed trendy living room.

I placed it next to a very popular model we have with a similar spec sheet to the Smart Health S, the Levoit LV-PUR131 to take in the difference in design.

There’s no doubt that this little unit looks a hell of a lot better than your “normal” air purifier. Its cute, fat body and Beachwood legs blend into the room instead of looking like something you would find in a science lab.

The Smart Health S air purifier comes in a fairly small box and is well packaged with the power supply unit on top.

The feet are neatly packed separately and need to be screwed on before you switch the unit on.

I did have one minor build quality issue. One of the screws had become loose, and I needed to re-screw it before I was able to secure the final leg. It’s minor, but something I would want to make the team at Smart Air aware of.

This air purifier is one of the simplest units I have come across. As you can see in the video below, it’s simply a large fan combined with a HEPA filter housed in plastic.

An interesting factor of this unit is that it uses an H11 type HEPA rather than the trendier medical grade H13 HEPA.

The team at SmartFilters makes the point that H11 allows more air to pass through allowing it to clean the air – without requiring the amount of electricity needed for a stronger HEPA filter.

As with many new HEPA filters, it arrived wrapped in plastic packaging so needed to be removed before switching it on. Whilst this is clear in the manual, it would be good to see a more obvious warning.

Dyson uses a yellow and black one to make sure no one ends up using the unit with the filter in the plastic wrap (it happens more often than you would expect!)

Supercharging Your Smart Health S With an Activated Carbon Filter

There is an option of getting an activated carbon filter that works with the H11 HEPA for an extra $22.99. You can purchase the filter after you’ve bought the unit like I did.

You’ve probably heard the term Activated Carbon or Activated Charcoal Filter before. This is where a filter is packed with either loose or bonded carbon which absorbs VOCs (Volatile Organic Compounds) aka “bad stuff” in the air, trapping them so clean, odor-free air can be released back into your room.

Installing the Activated Carbon Filter to your unit is so easy. There are no fiddly, twisty mechanics or screws to find the right tool for. Just 3 easy steps:

2. Place the filter into the unit (don’t force it, it will sit comfortably)

3. Put the bottom back on and turn the right way round.

Told you it was easy.

Simple But Not Smart

You don’t get much simpler than this for an air purifier, with 3-speed settings that are controlled by one circular rotating switch in the middle. That’s it.

If you are looking for smart features, then this is not the unit for you. I personally like the simplicity and there was also no remote for one of my toddlers to steal!

The team at Smart Air thinks auto-features are a waste of time for the most part and whilst I agree to some extent, I know some people do like the option of using a timer or auto mode for minor pollutant issues.

I tested this unit in the test room (705 cubic ft), which is a fairly small home office. I used incense to create airborne pollutants and then used a Purple Air indoor sensor to track how these pollutants reduce over time.

The Smart Health S was able to remove all the pollutants from the air in 29 minutes.

Let’s look at that in comparison to other units that clear similar sized rooms:

This performance was very impressive, especially as it got close to a $1000 unit in sheer cleaning performance, although the IQAir unit does have a large activated charcoal filter that would deal with VOCs and chemicals more effectively.

As you can hear from the video, the sound this unit emits is nothing crazy. In fact, when you compare it to other units, it’s perfectly average. Yes, you’re gonna hear it when it’s on full power but it’s not going to command the whole room.

The costs of running air purifiers are something that gets overlooked but it’s an important factor to consider, especially if you’ll be using this unit regularly.

As always, I tested the Smart Health S with my trusty power meter.

The team at Smart Air has created something very special with the Smart Health S – a powerful air purifier with a decent CADR that also manages to use less energy than the entry model of a popular competitor.

The energy savings might be down to the fact that the Smart Health S uses a H11 filter instead of a H13, no-pre filter, and (what I assume to be) a more efficient fan.

Another long-term cost to consider is filter replacement. With mechanical filter technology like HEPA, the filters get full of pollutants and need to be replaced regularly.

Things get even starker when you compare it with a large HEPA unit like the IQAir Healthpro plus that requires nearly $250 per year of filter replacement costs.

These are big differences that soon add up to provide significant savings for the Smart Health S air purifier over many years.

Smart Air is a brand on a mission and with the Smart Health S, they’re showing us they mean business.

By taking a simplistic approach to air purification they have managed to achieve amazing air cleaning performance without the energy and filter replacement costs you find with competitors.

For those wanting to clean the air in their home on a budget, the Smart Health S is up there with the Levoit 400S for units that I would recommend in 2022.

I patiently await the release on Amazon.com for the larger Smart Air units such as the Blast Mini and Blast Mk 2 to see if they provide the same superb level of air purification performance, which would make them a perfect alternative to the IQAir Healthpro plus as a pure HEPA whole house air purifier.

The Rules We Followed When Reviewing the Smart Health S

We want to help you have a clear understanding of which air purifiers are the best, and more importantly, uncover the ones you should avoid.

1. As with all HouseFresh reviews, we bought the Smart Health S with our own money and tested it in our own home.

2. We didn’t rely on the manufacturers’ feature lists and specification figures. We tested this unit’s performance in real-world conditions with our own testing tools.

3. We used our performance data to compare the Smart Health S with other similar air purifiers in the market.

4. We tested the machine for over 8 months to fully evaluate the long-term benefits and downsides of using the Smart Health S.

When we first bought this air purifier, we were aware of its CADR rating (315 m3/h or 185 CFM) and the performance metrics published by the manufacturer (Smart Air).

But we never just leave it at that.

As with all models we review here at HouseFresh, we tested the Smart Health S in our own testing room (sized 705 cubic ft) performing one key job (removing incense smoke).

We used the PurpleAir PA-I Indoor PM 2.5 Sensor to be able to track PM1.0ug/m3, PM2.5ug/m3 and PM10.0 ug/m3 every few minutes. This allowed us to work out how long it took the Smart Health S to remove all pollutants from the air.

During the test, we also recorded noise levels and energy consumption figures. Manufacturers usually provide this data in their marketing materials but we’ve found that in many cases, the numbers are not as accurate as we see them during real life performance tests.

We calculated the monthly energy consumption costs with the help of our air purifier electricity usage calculator. We calculated daily and yearly costs associated with running an air purifier for 24hs a day in California. You can customize the result by air purifier wattage and by state.