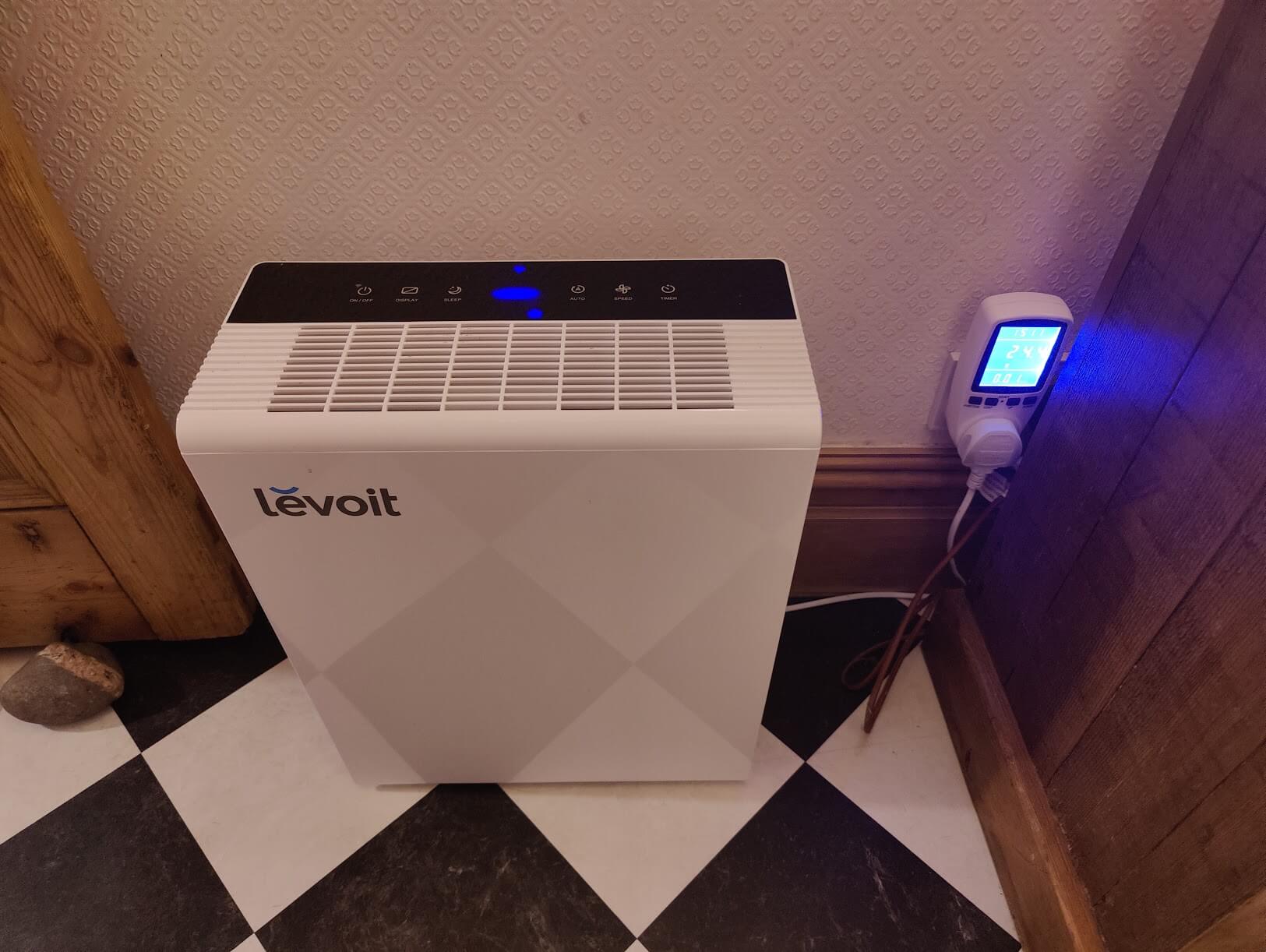 Did you know that Americans spend approximately 90 percent of their lives indoors?

That’s distressing, especially when you consider that indoor pollutants are two to five times more concentrated than those found outdoors.

Every family and place of business would do well to consider buying an air purifier system. However, many people are concerned about price, including the daily operating costs of running electricity.

In this article, we’re going to answer the question of how much an air purifier costs to run and if it’s practical to run one 24 hours a day.

Unlike other household or office gadgets, air purifiers are efficient by design. They don’t use massive amounts of electricity, unlike a heater, washer/dryer, or refrigerator.

On average, most systems use a maximum of between 40W and 100W, depending on the make and model. Even if you run the air purifier at the highest setting, you’re still talking about 100W or slightly more.

Most purifiers only need 30W or less for constant performance. It’s best to leave the system running for 24 hours per day, as long as you’re living or working in the building.

Some only require as little as 10W and that’s comparable to an iPhone charger!

The Design of an Air Purifier

Most electricity goes towards powering the fan. Besides the fan/motor, the only other part of the unit is the filter.

The purifier circulates the air and when doing so, also catches pollutants like pollen, dust mites, and other particles inside the filters. The best air purifier systems depend on the technology of the fan and the quality of the filter.

Filters made from fiberglass or mesh perform well and should be replaced regularly, according to the instructions.

Some systems also use ionizing technology to capture negative ions that bond to dust or allergens. This can have some downsides as some older ionizer units were shown to give off too much ozone which can be problematic for some users.

High-Efficiency Particulate Air (HEPA) filters are the industry standard and what we recommend for most issues. These filters can capture most airborne particles, including the coronavirus, using multi-layered netting made of very fine fiberglass threads.

Visit WebMD to read more about the benefits of a HEPA filter.

Most air purifiers have an energy usage of between 5 cents and 99 cents a day on their highest mode with 24-hour performance. That’s only dollars a week!

We at HouseFresh.com have made it easy for you to calculate air purifier costs using our online tool:

Here are some common models and their estimated costs:

Something to note is that we found that many air purifiers used far less than the max output wattage when we took direct readings from them to see for ourselves. As an example, if we look at the manual for the Levoit PUR131 we see is given a Max-rated power of 40W.

Using a power meter we were able to test the PUR131 real-world wattage usage at all different settings.

The amount of wattage varied between modes and never came near to the max stated in the LEVOIT PUR131 manual.

In reality we experienced the following meter readings for each mode:

If we assumed this unit provided 40W it would cost 10 cents a day vs the 6 cents a day that we saw in our own experiments and you are looking at a $10 difference to account for. The additional auto-mode is one of the reasons I am a big fan of the LEVOIT 131 as it only draws 2 cents when in this mode yet is able to move to full speed anytime it detects an allergen/odor.

Larger devices can cost more than smaller purifiers but most are able to employ improved design for fan efficiency so their potential extra wattage is more than supported by their superior air cleaning performance. Units with much older technology and design can also use more electricity than necessary and are one of the main reasons we would reccomend replacing a 10-year-old air purifier as they often have the same output but with double the power cost.

If you are ever in the market for a new air purifier we currently recommend first having a look at our list of the top 16 air purifiers for 2021.

16 Best Air Purifiers for Most People